Characters of the series

Three toys from Ancient Greece are the main characters of the series. Valios is a little horse-toy made of clay, Lilly is a rattle and Filon is a baby’s milk bottle in a pig shape. Our little friends live adventures and travel in other countries where they meet toys of other civilizations.

Greektoys aims to teach children in an amusing way the cultural heritage of Greece and other countries.

Pedagogical importance and advantages of learning through play have been recognized since the ancient times, assisting children to develop properly their physical, cognitive and social skills. Through play children create imaginary worlds where they entertain and learn themselves, interact with other children, explore their environment and cultivate their creativity.

It is known that in ancient Greece there was a great variety of games, where the children were playing in groups or individually, with or without the use of objects and toys. Some of them are still popular in our days, such as: the prisoner’s base, the blind man’s buff, the statues game, hide and seek, dolls, the rattle and the horse.

The magic and timelessness of these games were the inspiration for the children’s animated series Greektoys. Three ancient greek toys are the characters of the series; a rattle, a clay horse and a baby bottle in pig shape.

Valios is a clay horse with castors which the child could drag by pulling the brindle and the horse could roll on its wheels.

His name is referring to Valios, one of the two immortal horses of Achilles (the other horse was Xanthos). Poseidon offered Valios to Peleus, father of Achilles, as a wedding gift. According to tradition, both horses were originally Titans allies of Zeus and Poseidon, transformed into horses.

Main character of the team is Valios and he enjoys all the attention he receives from Lily and Philon. He is a clay toy horse that rolls over on its castors. He is a proud and brave little horse! Valios admires  Pegasus and he wishes to look like him when he grows up. Although he does not speak, his innocent face can perfectly express his feelings. He loves Lily, Philon and all little kids.
Valios belongs to the category of toys “plaything” (άθυρμα). 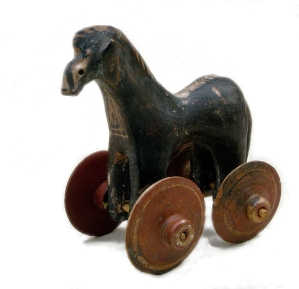 Her original name is Helen referring to Helen of Sparta, wife of Menelaus, but her friends call her Lilly.

She is a rattle made of clay. When holding her head and move her body, her legs are producing sounds to distract children’s attention and make them stop crying.

Lilly is bright and she thinks she knows everything! Dynamic, sweet and often a teaser with her friends. She is the life and soul of the “gang”. Who else other than Lily could possibly be the leader of the team given also that she is the oldest one?
Lily is a clay doll rattle that descents from the ancient times. Her hair is colored and her small pellets rattle when she laughs and shakes. She is also known as the “flop” (πλαγγόνα).

He is an ancient terracotta baby bottle shaped like a little pig. The purpose of having the baby bottle in an animal’s shape is to help children discontinue breastfeeding smoothly.

“Philon” name can be found in philosopher Philon the Larisaio, Philon of Alexandreia and the mathematician Philon of Byzantium. However, the choice of the name’s character is because it refers to the greek word friend (φίλος-filos), as the baby bottle is the first “friend” in a baby’s life.

The youngest of the group is Philon. He is kind and slightly naive, while he is constantly asking questions to discover the world. Sometimes he is a bit scatterbrained, also a daydreamer. Philon enjoys to play games with his friends and even though Lily is teasing him all  the time, he feels that she is always his good buddy.
Philon is a ceramic pig shaped baby bottle with protruded ears, beautiful hair and his snout serves to feed the kids with milk. Philon is a baby bottle of ancient times.

With Lilly, Valios and Philon, our series Greektoys, we aim to teach children in an amusing way the cultural heritage of Greece.

These are our friends and their laughter, ringing and noise fill the museum every night. 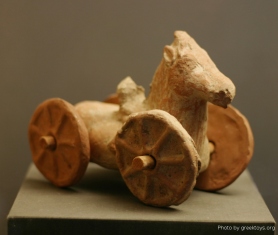 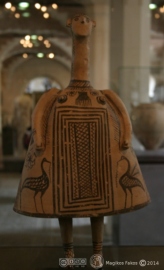 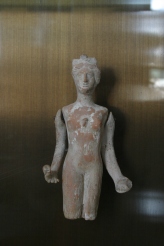 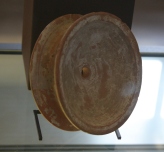